Stuff about the website, the forum and club administration.

Only just picked up on this post.....well done Simon....well deserved

Yes Congratulations one and all.
I dare say that without your contributions there'd be far fewer Bongo enthusiasts,
and a few less Bongo's travelling the Globe.

Were all still around and still with the same bongo Mike, all be it with the conversion in storage for now, our other hobby means we have to travel allover the uk every weekend carrying equipment and team members around so not had much time to bongo in the last two years.
Gonna catch up with some people at the beginning of december.
mike, jo and emma
Top

Congratulations to Northern Bongolow for winning Bongonaut of the Year for 2016.

He is added to the roll of honour. Photo to follow.
668. The Neighbour of The Beast.
Top

Very well deserved indeed. Who is he by the way?

Hi
Excellent choice!!!
Cheers
Helen
In the beginning there was nothing , then God said "Let there be Light".....There was still nothing , but ,by crikey, you could see it better.
Top

Well deserved indeed! Has been a huge help to me as a new bongo-hopeful...
Top

...and about time too, Bongonaught of the Year to a very well deserved Ady...

Brian
Confucious once said " To be fluent in Bongolese is to hold the key to the world!"
Top

For 2017 we had an even more deserving recipient, as Bongoplod well knows! Congratulations to Den from New Dawn Conversions. Here's why he received his award:

New Dawn Conversions have an enviable reputation for quality camper units and other equipment, coupled with an excellent record for customer service. So much so that customers will travel from all over the UK to their workshop in the West Midlands. One such customer was retired policeman Brian from Wigan (known as “Bongoplod” on the forum) who went to pick up his converted Bongo in late January. Arriving, he spotted that a table had not been incorporated as planned, so Den told Brian to make himself scarce while the missing item was fitted. But while he was waiting for the table to be installed he was suddenly taken ill and had to be rushed to hospital.

Den phoned us at the club offices to see if we had Brian's home phone number (which we did), Brian's wife was informed, and she rushed down to the West Midlands to be with Brian. Den offered to put her up, but she eventually stayed in a B&B. It transpired that Brian had suffered an aneurysm in the chest. Only quick action from Den and his team saved Brian’s life!

This all goes to show what a wonderful community there is behind this Bongo ownership lark. If it hadn’t been for quick action by Den and his team, Brian wouldn’t be with us anymore. Or, as some wag said, if Den had done his job properly in the first place, Brian would have collapsed on the M6 on his way home!
668. The Neighbour of The Beast.
Top

A remarkable tale and Den & co should feel rightly proud.

Bongonaught of the Year with First Class Honours.

Also a Bongo owner himself and a true Gentleman.....

Nothing is too much trouble for Den and his team and the reputation for customer service is well deserved....

I have no other reason to say this as he has done no work for me but to meet him was a pleasure......and he would not pay me any commission for this post...

A well deserved award....Dennis you earned it...

Welcome to our new life members who have been added to the roll of honour on the front page of this discussion.

1) This year's Bongonauts of the year, Bert and Ernie from Barnsley, for their regular attendance at meetings and making everybody's day 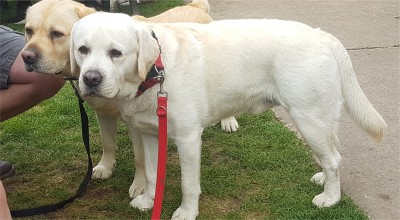 2) Libby Smith for making the Bongomaster a personalised cap!
668. The Neighbour of The Beast.
Top
Post Reply
87 posts